Scorpions We make your home a bug free zone!

Arizona has many different species of scorpions. As Chandler is in the Sonoran Desert, homeowners are familiar with these pests. Many people find them unsettling and are afraid of their sting. While most scorpion stings won’t cause serious injury to humans, they are still unpleasant, and you do not want scorpions setting up shop in and around your home. Our Chandler scorpion control experts are well-versed in dealing with scorpions, and we can help you protect your home and your family.

Types of Scorpions in Arizona 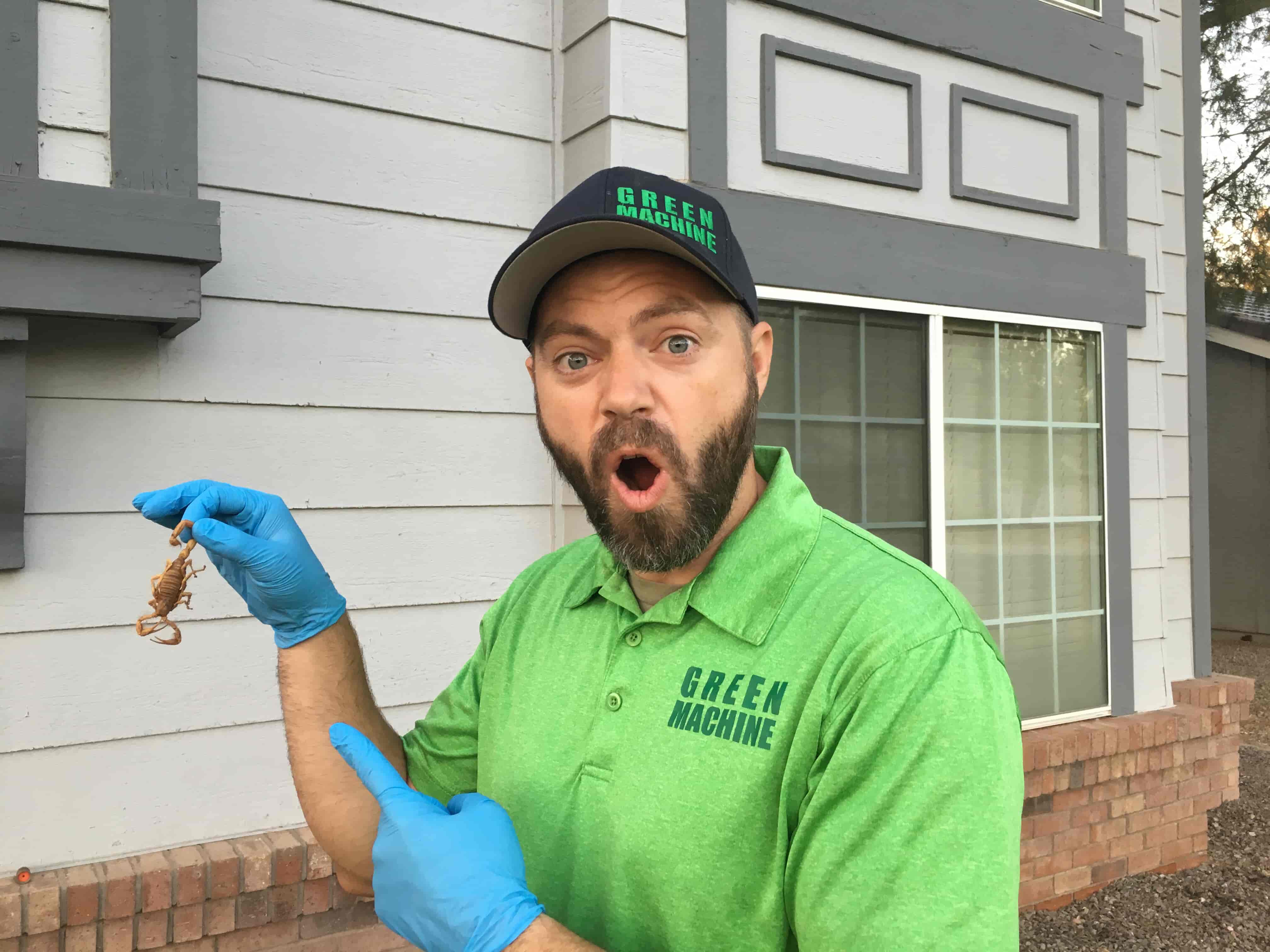 Did you know that the only continent that does not have scorpions is Antarctica? Many people think that scorpions are a type of insect, but they are predatory arachnids and are related to spiders. Much like spiders, scorpions have eight legs instead of the six that insects have. They are easily identified by their large pincers and curling, segmented tail and stinger. Typically, scorpions are nocturnal and do not come out during the day. They are most active during the summer months.

Common species of scorpion in Arizona are:

The bark scorpion is the type of scorpion most people in Arizona have heard of as they are the scorpions most found in Arizona homes. They are smaller than giant hairy scorpions and striped tail scorpions. They are also recognizable by their slender pincers and tail. They are light brown and are usually two to three inches long.

The giant hair scorpion is the largest scorpion species in the U.S. and can grow upwards of four inches. Stripetail scorpions are usually under three inches long and are recognizable by, as their name implies, the stripes on their tail. The yellow ground scorpion is similar in shape to the bark scorpion and can be found under rocks.

What Attracts Scorpions Into Your Home?

Scorpions are not specifically drawn to houses unless there is a good reason for them to enter. Houses with people living in them aren't as inviting to a scorpion as an empty home is. Now, sometimes they do make their way into people's homes. The main 4 reasons a scorpion would enter a home is because they search for darkness, moisture, shelter, and food. Scorpions feed on on insects like spiders, flies, and beetles. So, if your house has any of these in them it could attract scorpions.

Deterring Scorpions from Your Home

While scorpion stings are generally not dangerous, children have a higher risk of more severe reactions. It is essential to do what you can to discourage scorpions from taking up residence in and around your home. As they are small, they can get into tight spaces with relative ease. Additionally, you may find them in surprising locations, like your pool. However, there are things you can do to help prevent them from moving in.

Useful prevention techniques to keep scorpions at bay include:

You should always check for scorpions before sticking your hand in tight spaces. Scorpions are frequently found under rocks and inside utility boxes. You may also find them in boxes and piles in your basements, garages, and storage areas.

We Eliminate Scorpions & Their Food Source

Many exterminators are only able to cut off a scorpion's food supply. While this tactic may help some with scorpion reduction, it doesn't do anything about the scorpions that are already there. Our Chandler scorpion control experts kill both scorpions and their food supply. This means that your home will indeed be scorpion free.

Green Machine Pest Control cares about you and your family's safety. When you hire us to handle your scorpion infestation, you can be sure you are getting adequate service from a company you can trust. 90% of our customers report that their scorpion problem was 100% resolved after the first visit. If you are dealing with a higher than average scorpion infestation, we will provide you with a precise treatment plan and expert-level service.

We Offer a Scorpion Seal

For our team, it isn't enough to simply remove scorpions and their food supply. We know how discomforting and dangerous scorpions can be, which is why we offer our Scorpion Seal. This seal means our team takes a closer look at areas of interest in your home to ensure a comfortable space for you and an inhospitable place for pests like scorpions.

Whether you are dealing with rodents, scorpions, termites, bed bugs, cockroaches, or something else, our professional team has you covered. Give us a call today at (480) 470-5266 to schedule your appointment!

Our goal is to deliver the best service possible. We want the bugs gone as much as you do.